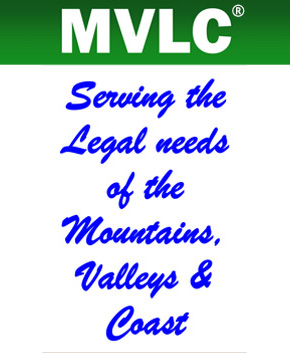 Quentin was admitted as a solicitor of the Supreme Court of New South Wales in 1990 and enrolled on the High Court of Australia’s register of legal practitioners in 1991. He has a Bachelor of Arts, Bachelor of Laws and Master of Laws from the University of New South Wales. The New Zealand Council of Legal Education also in 1995 credited him for passing all exams required to be admitted as a solicitor and barrister in New Zealand.

For a number of years In the early 1990's Quentin worked as a solicitor in private practice in small and medium sized law firms in Sydney. This was mainly in personal injury litigation. He did not want to remain in that area for the rest of his career.  For nearly a two year stint he lectured commercial law and insolvency law in New Zealand. He took time to do a Masters of Law and and then worked for several years for a major legal publisher, ‘Butterworths,’ (now called 'LexisNexis') as a legal editor on their statutes annotations publications.

Quentin was born in Taree, and grew up on a small local dairy farm.  When an opportunity arose locally, he finished up at Butterworths, and returned to the Manning-Great Lakes area, resuming practice as a solicitor.  There he has remained, working primarily in family law matters, criminal law, and general litigation. He has a sound grounding in all areas of general practice, including Wills and conveyancing etc.

In 2012 he was offered the opportunity to take over the Wingham based firm of Manning Valley Legal & Conveyancing, and he hasn't looked back for a moment.

As a solicitor, his objective is not to amplify or prolong clients’ disputes, but to have those disputes resolved effectively and efficiently. He seeks to reach outcomes for clients’ disputes at an early stage, where those outcomes are better than, or on the upper end of the likely range of outcomes, which could most likely have been imposed by a Court if the disputing parties had instead wasted many, many months or even years and perhaps many tens of thousands of dollars disputing the matter in Court, for no real net gain.  He wants results which are practical and within the client’s budget.  He keeps his client’s appraised of the most likely range of possible outcomes of their matter, and the potential for both the least favourable and most favourable possible outcomes, so that they can make informed decisions on their investment of funds into litigation or dispute resolution.

Kristie and her young family came to the Manning Valley in 2006 moving here from the southern edges of Sydney.

Kristie commenced work in the legal industry in 2000, and had a bit of a break in 2008 for her children, and has  returned to share her expertise in Conveyancing and Wills and Estates.

Kristie has a Diploma in Business (Legal Studies) and a Conveyancing Law and Practice Certificate from Macquarie University (actually graduating from the same class as Sam).

Sam came to the Manning Valley in 1999 moving here from the Central West of NSW.

Sam commenced work in the legal industry in 2003, once all of her children were in school.

Previously her work experience was in banking followed by a short stint in Real Estate.

Sam worked for one of the largest conveyancing firms in NSW for a number of years, becoming their senior conveyancer, and during which time she gained her conveyancer's license.

Sam made the decision to leave full time conveyancing and come to work for MVLC on a part-time basis, but has since retired from being in charge of conveyancing files on day-to-day basis in our office. She is now mainly enjoying fulfilling her passion of dress making, art and art history. She continues to act as our on-call conveyancing consultant and adviser. She brings with her all her breadth of experience and knowledge in the conveyancing field.

Sam takes pride in providing sound advice based on her wealth of experience and insight.

Manning Valley Legal & Conveyancing was established in 2008 filling a gap that existed at the time in the market for legal services in Wingham.

The town had long been serviced by two law firms, many of which, after beginning in Wingham, moved to Taree where three such firms still continue to operate there and beyond.   In the past, the local magistrate used to attend Wingham Courthouse, and Quentin remembers attending on such an occasion (as a school student).

Early in Quentin's career, his father obtained a letter from a someone who attended his school a few years later, and who grew up in Wingham.  This was Murray Gleeson, who went on to become Chief Justice of the Supreme Court of NSW and then of the High Court of Australia.  His Honour encouraged Quentin to look for opportunities in regional areas ... as things turned out, that's precisely what Quentin has done ... back in His Honour's home town!

In 2012 when Quentin took over Manning Valley Legal & Conveyancing, the firm also registered the business name (and trade mark) "MVLC" (which of course is simply the acronym of the longer business name).

MVLC® intends to remain in Wingham for the long haul, servicing the legal needs of the local community from both Wingham and the surrounding areas and beyond.